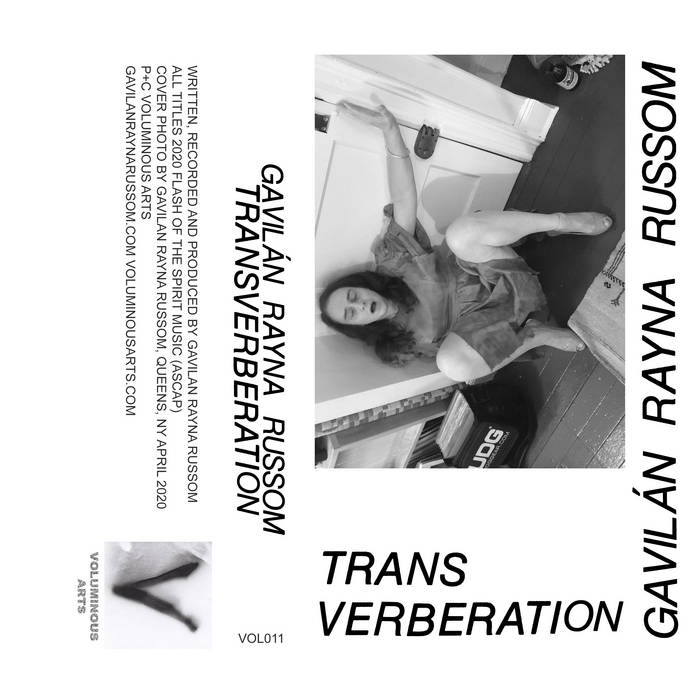 westernobsidian2 I love your lush & electric sound! I believe in your sound & I believe in you <3 Please never stop making music! Favorite track: VOL011 - Gavilán Rayna Russom - Transverberation - A4 - In the Service of Moving Out of Avoidance.

Jack this is the soundtrack to my reread of imogen binnie’s nevada. it’s absolutely perfect

Long ago, in the days before Rayna quit drinking, one of her favorite cocktails was something of her own invention called a “Saint Teresa”; iced chamomile tea and gin, usually Crystal Palace brand. To call it a cocktail is ridiculous, considering her technique was to mix it in an old orange juice bottle and carry that around all night. Something about the botanicals used in distilling the gin and mixing the chamomile leaves and flowers produced a mildly psychedelic effect before the inevitable blackout. The drink’s name came from the fascination-bordering-on-obsession Rayna developed for the story and writings of Saint Teresa of Ávila. She sought these out after being shown Bernini’s sculptural rendering of St Teresa’s experience of being penetrated by the Holy Spirit in an art history class in the early 90’s. She often spent most of that class sitting next to her girlfriend so they could fondle each other in the darkened lecture hall; the mix of religious ecstasy, sexuality and attention to detail in the sculpture lodged deeply in her consciousness. As a deeply spiritual and often extremely solitary and private person, her love of the story that animated Bernini’s hand has continued to grow throughout her life, especially after multiple visits in the late 90’s and early 2000’s to the chapel of Santa Maria de la Vittoria in Rome where the sculpture is currently kept. Transverberation sees her returning to that story as a sober woman in her mid 40’s, initiated into several spiritual traditions that specifically work with the energy of saints. The 9 works that comprise this release are also informed by her experiences of quarantine and social distancing. In an environment of enforced solitude and ramping collective horniness, the idea and practice of sexual intimacy with god became deep, complex and necessary.

As a sober person with much experience of the psychedelic, Rayna’s connection with and development of spirituality as an expansive, living energy has been vital. The idea that intimacy with god could have a sexual dimension, or could even be contextualized by sexuality has been an important component of this connection and development, one that sets the experiences of the divine she sonically describes on Transverberation very far from the staunch conservatism of Chistinaity in its colonial forms. Rayna’s spirituality affirms the body and all of its desires and fantasies, and it was for this reason that St Teresa’s writing, and the fantastical and erotic webs it weaves spoke to her and continues to be a reference point. When she no longer had the ecstatic effects of drugs and alcohol to draw on for a sense of connectedness, she found that her body’s demands for connection through channels of sexuality increased, and that a simplistic understanding of sexuality was no longer sustainable. In the isolation of quarantine, this imperative to shift sexuality from the rigid and compartmentalized definitions that its commodification in our shame based culture has created to an expansive method of connection with the creative energies of the universe increased. It became a method of survival and sustainability. While this connection sometimes took the form of engagement with other individuals and their bodies or with the images and descriptions of them as transmitted via text messages, voice notes, pictures or webcam feeds, its anchor was in the connection to a sustainability affirming divine source. Engagement with another individual, although welcomed, was not necessary to experience connection with this source. It was simply one manifestation of it. At the center, anchoring her during this time, which continues to unfold, was the knowing that her creator could be as near to her as she was willing to have that energy be, and that included both its admission into her body and the opening of that energy force to her body’s deepest sexual desires.

Transverberation describes an embodied and self-determined spirituality, one that embraces and entwines with rich and creative sexualities rather than compartmentalizing them. This avenue of spiritual experience connects with the lives of the Saints, especially St. Teresa, not through the gateway guarded by the church but directly through the vinculum of the ecstatic. Its sonically immersive descriptions map a spirituality that reclaims ritual and resides within the sexual as a communion with divine creative forces and their residues that manifest in nature, resistance and the spirit world. As both a digital album with tracks separated and discreet, or as a cassette tape where they blend together into a contiguous landscape on each side, the album unfolds itself like a rosary, reminiscent of St Teresa’s concept of the interior castle in which deepening experiences of prayer lead one through a complex of mansions where increasingly profound modes of connection become possible. Sounds, more spun than woven, evoke echoing hallways, intimate breaths, silent faces and disembodied voices. In ringing tones one hears and feels not only the reverberant bell but the wand that strikes it and the grip of the hand that holds the wand. There are moments of wailing, mourning, screaming, bleeding, cumming, dying and birthing. This passionate energy, although it celebrates the fluidity of sexuality, does not pursue transgression as much as it proposes that the strictures that religion, in collusion with capital and the state, put on sexuality are themselves transgressions against the body. Through sound, composed in time, Transverberation constructs another type of interior architecture, one in which the supervision and punitive prudishness of colonialism are absent, and an unconditionally loving, gorgeous, horny and perverse divine power is palpably present.